VT Strips maximize your advantage on the court by dampening multi-frequency racket vibrations. Our patent-pending Smart Layer Technology improves racket control, stability, and feel during contact by reducing ball distortion during play. We bring together innovative materials and competition tested design to create products that help elevate your game.

Thank you for submitting a review!

Your input is very much appreciated. Share it with your friends so they can enjoy it too!

I have a Wilson Clash 100 racket which I really love. However the head felt kind of light to me. On a tennis enthusiast Facebook page, some people were writing about putting lead weights on their racket at the nine and three position. We’re talking about grams of weight. My tennis coach told me about Advantec, which doesn’t use lead weights but weighs a few grams. Its material composition has some added benefits that the lead itself wouldn’t offer. I installed two strips and immediately felt that I had the right weighting on the racket face, and the racket felt a lot “quieter“ in my hand. A much more solid feeling. My tennis coach noticed the improvement in my hitting, and so did I! Highly recommended.

My stick of choice is the Yonex Ezone 98 Tour. This stick is naturally extremely comfortable, control oriented with an increased sweet spot. I installed the VT Advantec strips and they accentuated the positive attributes of my racquet. I am able to take even bigger cuts at the ball and maintain control. Racquet Vibrations are kept at bay during impact. The lesser the vibrations traveling through the frame at impact, the more focused the control and comfort. I would like to give a huge thanks to the VT Advantec team for their above and beyond service. They are extremely attentive and seek to exceed your expectations. 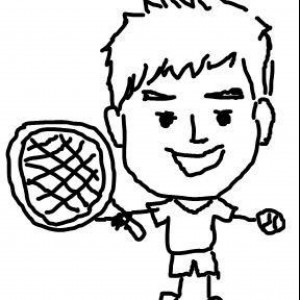 By using VT stripes for my Wilson blade racket, the racket swing control is improved and the vibration reduced. I will recommend to tennis lovers and players in Hong Kong and China

Loved these so much! I used them on my blade with the solinco hyper G strings at 52 pounds. Felt very easy in the arm, and added such a nice feel to my strokes. Overall very smooth and powerful. Happy with my purchase, would recommend! Videos of me play testing on Instagram @aarav.323